All dogs are pretty smart and capable of learning tricks both simple and complicated, but few of them can compare with the intelligence, bravery, strength and agility of the German shepherd, also known by the name Alsatian. The two names are one and the same dog, with the word Alsatian coming into existence due to British troops in World War One, who used them regularly, not wanting to use the word German to acknowledge something so useful. After much argument about the matter the word Alsatian has officially been removed and the term German shepherd dog is its official kennel club title. It was originally bred in the late 19th Century, to herd sheep due to its speed, intelligence, great work ethic and acute sense of smell. It was soon realised though that the dog had abilities way beyond simply tending to sheep and today is used in an array of important tasks.

Today, we see the German shepherd working in a range of roles, with the police, in security, leading the blind, search and rescue and many others. None of this might have happened were it not for one man, Captain Max von Stephanitz, known as the father of the breed, who championed their cause for use with the police. He was the subject of much hilarity for a while, until it became apparent that the dog was indeed, incredibly smart and more than capable of its new role. It is wonderful to see a German shepherd in full flow, they move with such grace and are absolute naturals at running and jumping, with some of them even finding fame dancing and acting.

As a Family Pet

The German shepherd makes a wonderful pet, with intelligence superior to most breeds, they are loving, loyal, highly alert and watchful, while also being very obedient once trained and very courageous. He does require a lot of regular exercise and high energy activities, so you and the kids are going to be getting lots of exercise yourselves, taking him for several walks a day. As with many breeds, they are susceptible to certain genetic issues as they get older such as hip and elbow dysplasia, so it is advisable to buy specific German shepherd pet insurance, which will automatically cover such issues that generic dog insurance might not.

He is naturally protective of his “pack” so while he will be very friendly with you and the family, he is likely to be at least a little wary of strangers. To keep his protective instincts under control, it is advisable to introduce him as early as possible to social situations, where he becomes used to lots of different people being around. He is still though likely to be pretty persistent in his security or watchdog role when at home though.

He has a life expectancy of around 10-13 years, will weigh in at about 20-30kg for the female and 30-40 for the male and stands around 60cm tall, but on his hind legs, standing up straight, is long enough to put his paws on your shoulders to give you a big wet lick across the face, to show you his love.

How you can Promote Yourself Like a Party Performer

Entertainment Choices for Your Son Or Daughter’s Birthday Celebration 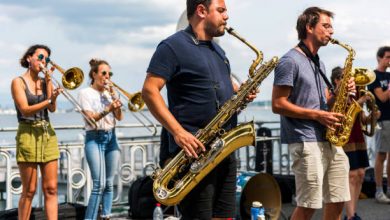 Some Exciting Facts about the 강남셔츠룸